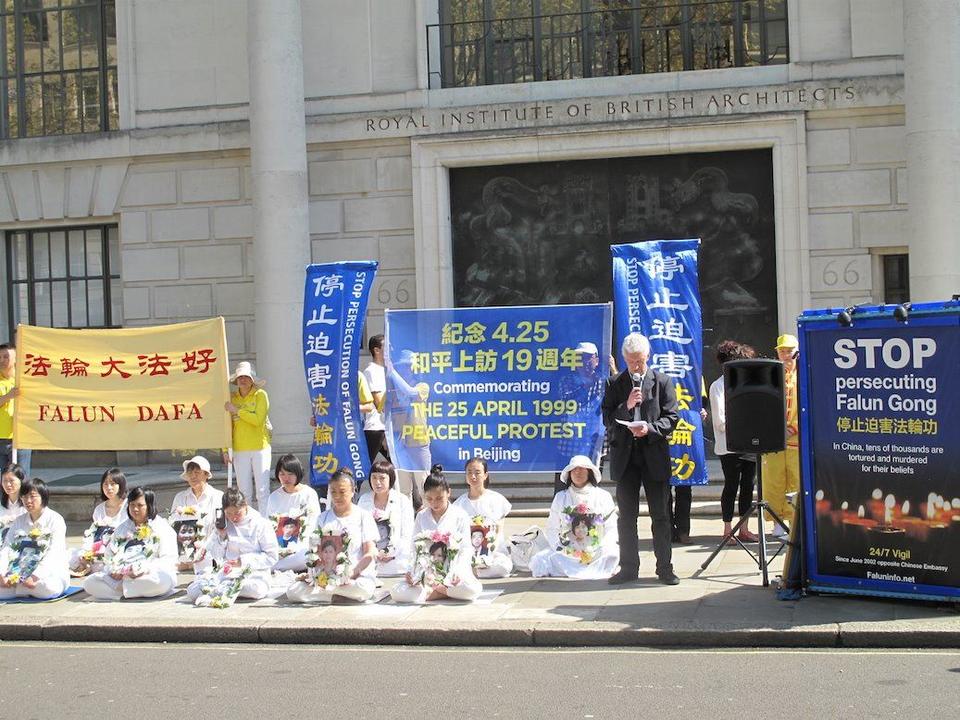 (Minghui.org) “The persecution of a righteous belief will never succeed. Justice always conquers evil,” said a Falun Gong practitioner during a rally speech in front of the Chinese Embassy in London last weekend.

On April 25, 1999 over 10,000 Falun Gong practitioners gathered in front of the central Chinese government complex in Beijing to protest the illegal arrests of a group of practitioners in the neighboring city of Tianjin. A few months later the then head of the Chinese Communist regime, Jiang Zemin, launched the nationwide persecution of Falun Gong, a mind and body practice that was taught to the public in 1992.

To commemorate this historic peaceful appeal, on the morning of April 22, 2018, Falun Gong practitioners in London held a rally and march, raising awareness about the practice and the persecution, which continues today in China.